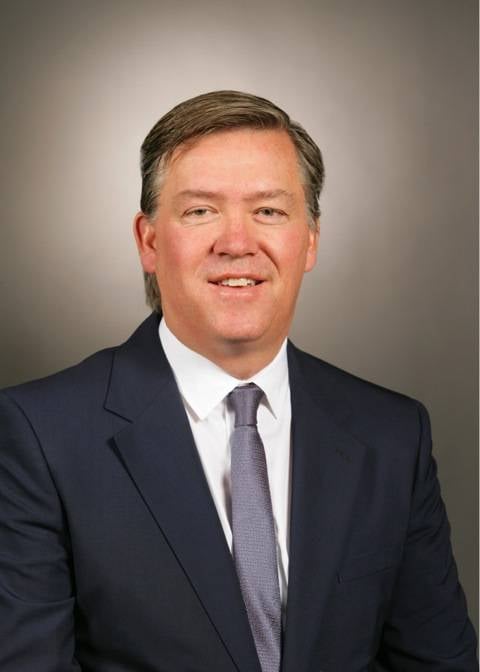 Mr. Riddell is a director of Big Rock Brewery Inc. (a public company which produces and markets beer). 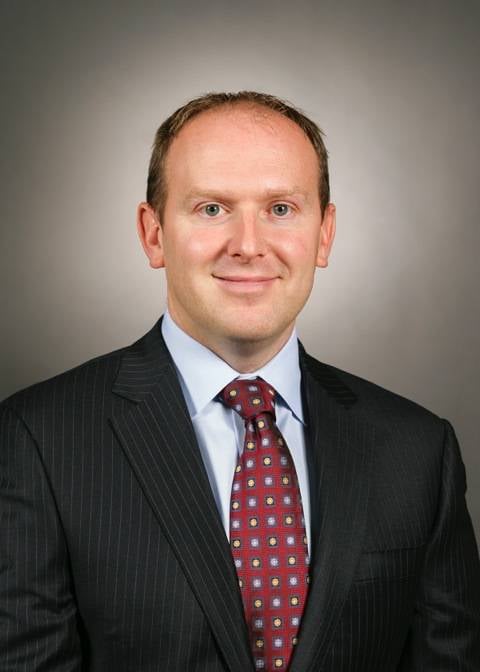 Mr. Bell has been a director of Paramount since November 2011. Mr. Bell is the Co-President of Dominion Lending Centres Inc., a TSX Venture Exchange listed mortgage brokerage company, and served in various positions, including President and Chief Executive Officer, with its predecessor company Founders Advantage Capital Corp. since 2016. Prior thereto, Mr. Bell was General Counsel for Olympia Financial Group Inc. (a TSX listed company) and its wholly-owned subsidiary Olympia Trust Company (a non-deposit taking trust company), and had practiced securities and corporate commercial law as a partner at an international law firm until December 31, 2009. Mr. Bell has acted as legal counsel in connection with private placements, prospectus offerings, take-over bids, plans of arrangement and general securities and corporate finance matters.

Mr. Bell graduated from the University of Saskatchewan with a Bachelor of Laws degree in 1999. He completed the Canadian Securities Course in January 2014 and the Partners, Directors and Senior Officers course in February 2014. 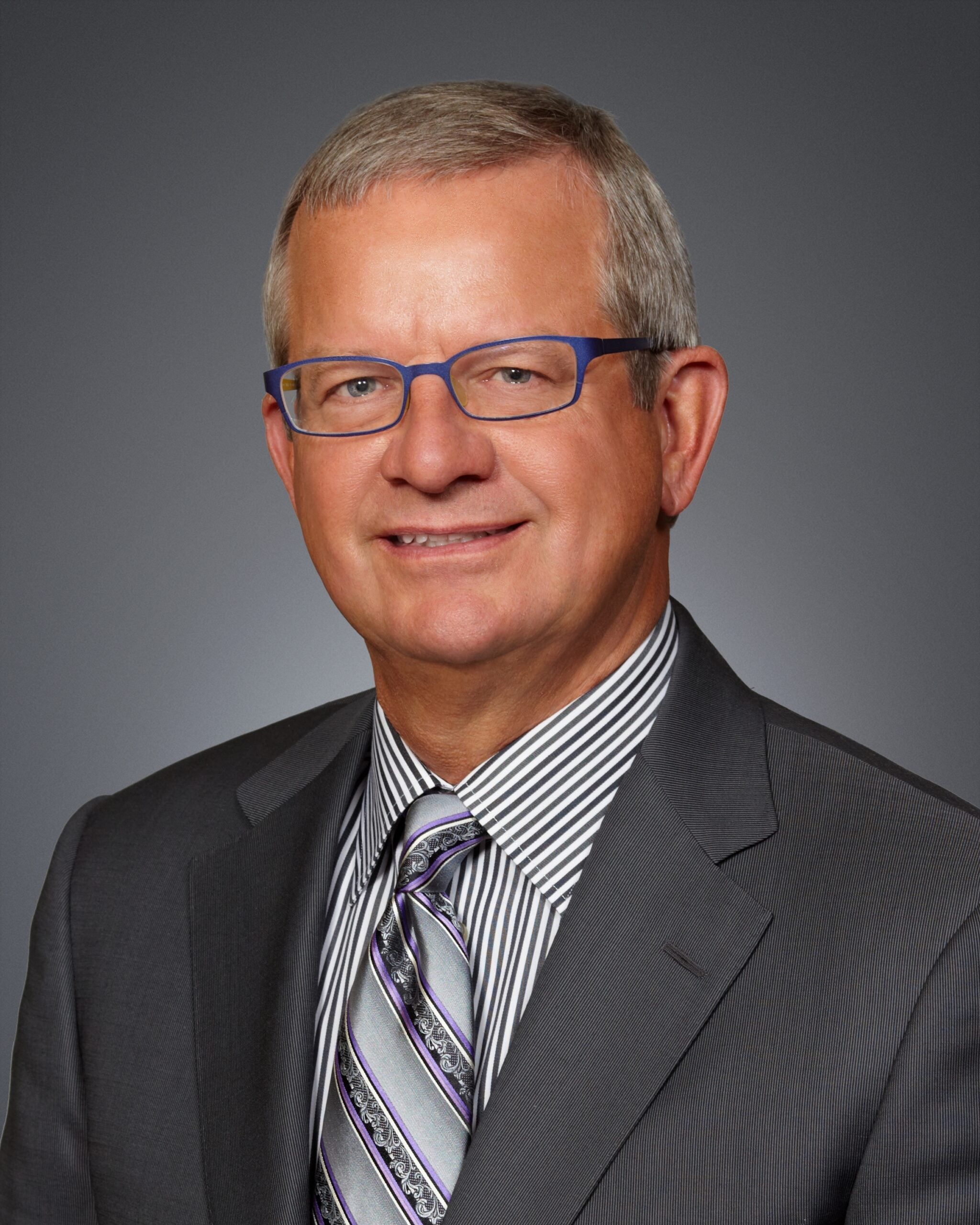 Mr. Gobert has been a director of Paramount since 2017.  Mr. Gobert is an independent businessman.  Until his retirement in 2006, he was Vice-Chair of Peters & Co. Limited (an investment firm specializing in the Canadian oil and gas industry), a position he held since 2002, and was a member of its board of directors and its executive committee.  Prior thereto, he joined Peters & Co. Limited in 1979 as Managing Director, Research. Throughout his career at the firm, his responsibilities included research analysis of integrated oil companies and oil and gas producers.

Mr. Gobert serves on the board of directors of Canadian Natural Resources Limited (a public oil and gas exploration and production company), Gluskin Sheff + Associates Ltd. (a Canadian independent wealth management firm), as well as a number of not-for-profit boards.  He is Senior Fellow, Energy Studies, Centre for Energy Policy Studies with The Fraser Institute and co-chair of the Fort Calgary MAKE History Capital Campaign.

Mr. Gobert holds a Master of Business Administration (Finance) from McMaster University (1976), a Bachelor of Science degree (Mathematics) from the University of Windsor, Ontario (1971) and a Chartered Financial Analyst (CFA) designation. 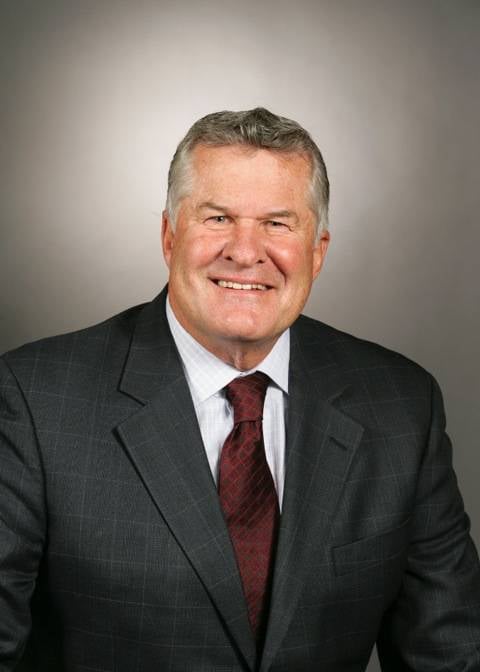 Mr. Jungé has been a director of Paramount since 2000.  Mr. Jungé is an independent businessman. He was the Chairman of the Board of the Pitcairn Trust Company (a private trust company) from 1991 to 2019 and its CEO from 1993 to 1996 and from 2006 to 2012.  He served as President of Pitcairn Trust Company from 2006 to 2008.  Mr. Jungé also holds a number of director and trustee positions with philanthropic organizations. 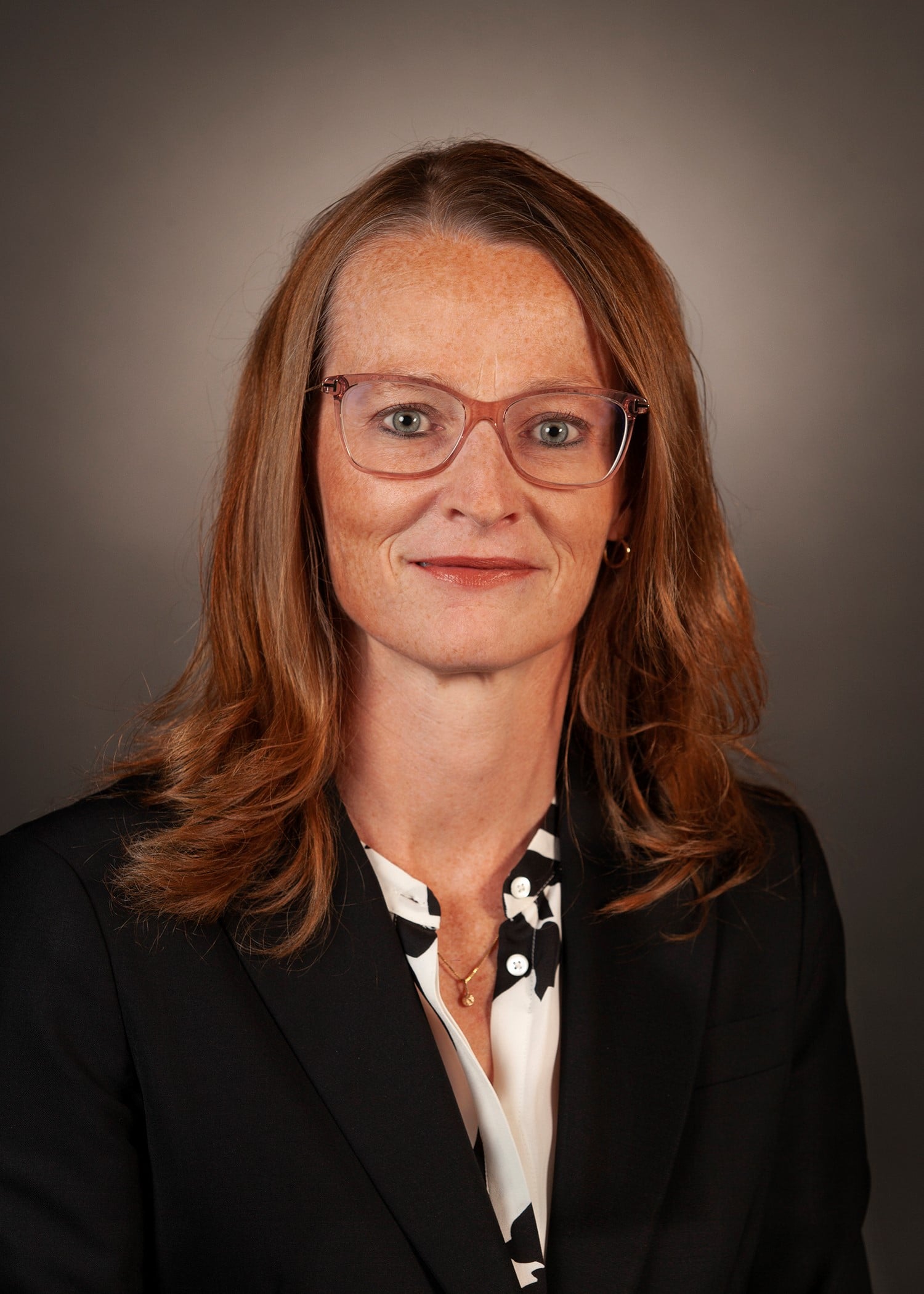 Ms. Lynch Proctor is an independent businesswoman who was elected to the board of directors on May 5, 2021. Ms. Lynch Proctor is an experienced lawyer, accountant, executive and professional advisor with over 20 years of experience. She was the Chief Financial Officer and General Counsel of KERN Partners, an energy focused private equity firm, from 2009 to 2016 and prior thereto a practicing lawyer and chartered professional accountant with Felesky Flynn LLP, Bennett Jones LLP, and Deloitte, respectively, advising corporate clients on domestic and international transactions.

Ms. Lynch Proctor serves on the board of several non-profit and municipal organizations, including the Calgary Police Commission. 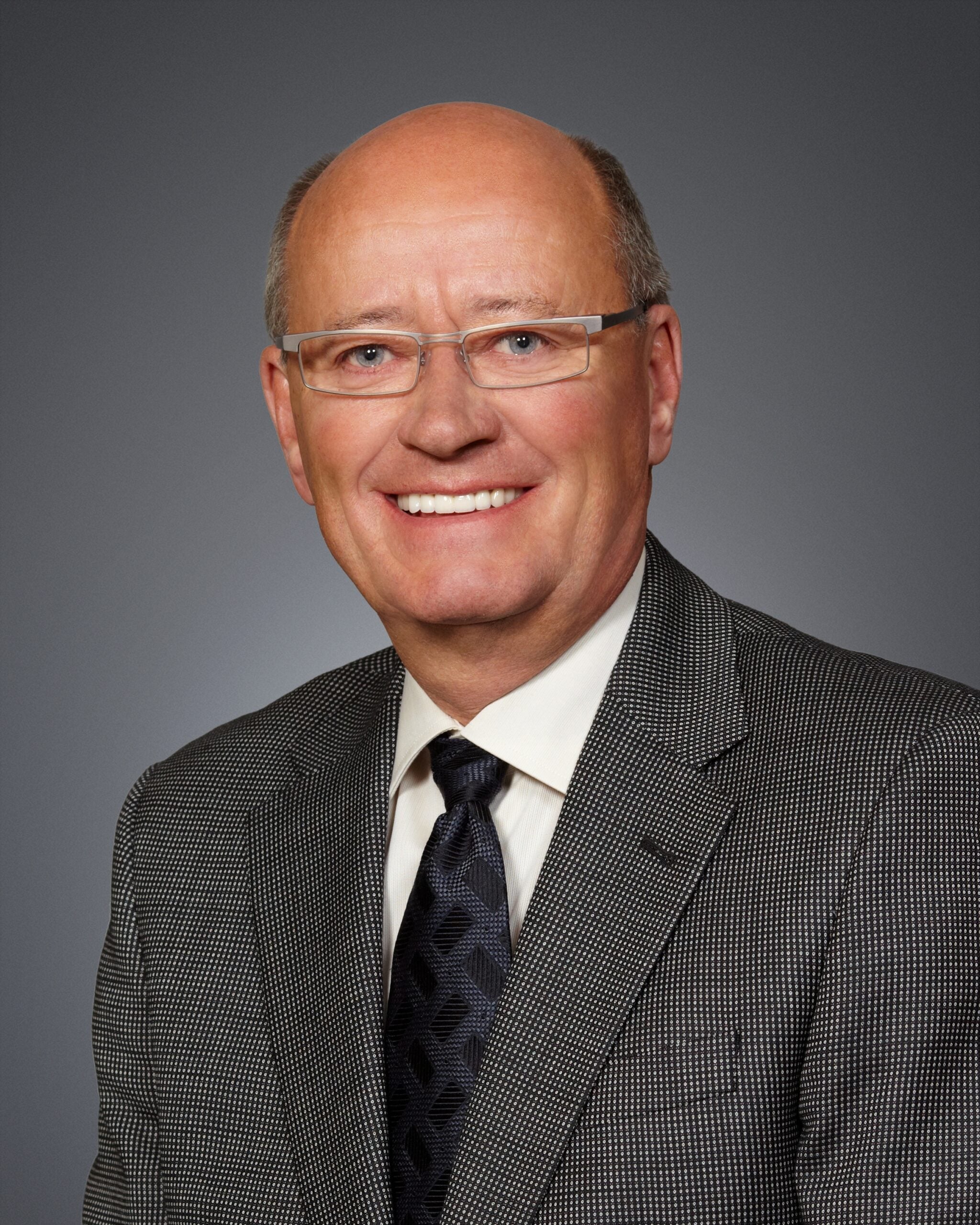 Mr. MacDonald has been a director of Paramount since 2017. Mr. MacDonald is an independent businessman. By background, he is an oil and gas banking professional with 16 years’ experience as an independent corporate director and 27 years’ experience as a senior officer of two Canadian chartered banks, including 18 years in Alberta and nine years in the United States.  His expertise has been in reserve-based and oil and gas financing, having provided advisory services on strategic alternatives for senior and bridge debt structuring, project financing, mezzanine debt structuring, credit risk management, and loan re-structuring.  From 1998 to 2003, he was Director, Oil & Gas, with CIBC World Markets Inc. From 1993 to 1998, Mr. MacDonald was Vice President, Oil & Gas Group with CIBC.

Mr. MacDonald graduated from the University of Saskatchewan (Regina Campus) in 1975 with a Bachelor of Business Administration degree (major in Economics and Finance and minor in Accounting).  He is a Fellow of the Institute of Canadian Bankers and has completed the academic requirements for the Director Education Program of the Institute of Corporate Directors. 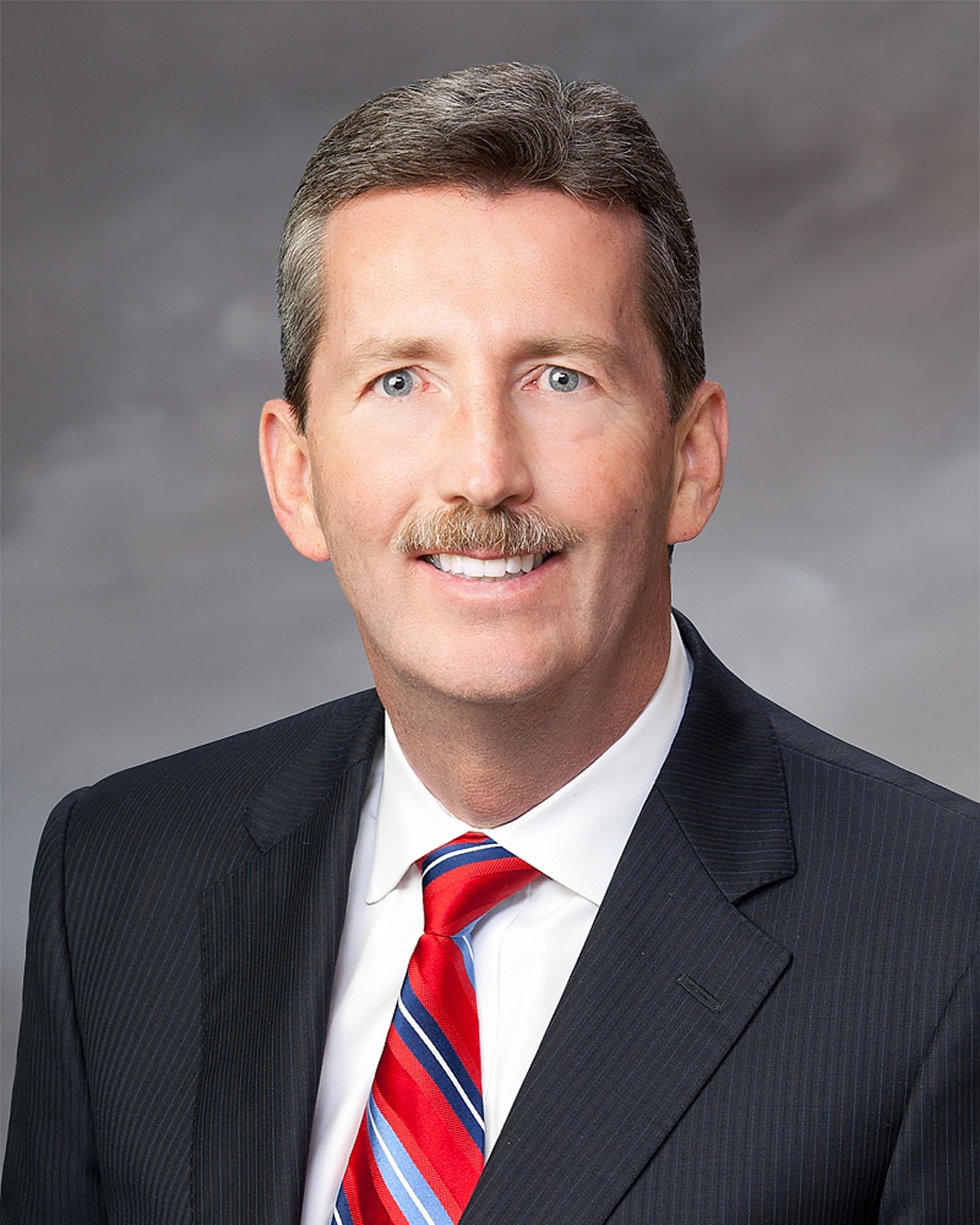 Mr. Macleod has been a director of Paramount since 2017 and is currently the Lead Director.  He is a professional engineer with more than 30 years’ experience in the oil and gas industry in Alberta.  Until June 2014, he was a director, partner and CEO of Sproule (a worldwide petroleum consulting firm), which he first joined in 1979.  Mr. MacLeod has expertise in the areas of reservoir engineering, property and corporate reserves/resource evaluations, acquisitions and divestitures, NI 51-101 and SEC oil and gas disclosure regulations, arbitration, litigation, and investment advice.  He has lectured at the University of Calgary and to the petroleum industry.

Mr. MacLeod received a B.S. (Honors) in Mining Engineering in 1984 from the Montana College of Mineral Science and Technology (Butte, Montana) and had previously received a diploma in Technology in Mineral Science in 1978 from the College of Cape Breton (Sydney, Nova Scotia).  He has also completed the Director Education Program of the Institute of Corporate Directors.

He is a member of the Association of Professional Engineers and Geoscientists of Alberta (APEGA), the Society of Petroleum Evaluation Engineers (SPEE) and the Society of Petroleum Engineers (SPE) and has participated in numerous committees of those organizations.  He is also Chair of the Advisory Board of Vershuren Centre for Sustainability in Energy and the Environment, a Canadian research centre at Cape Breton University in Sydney, Nova Scotia. 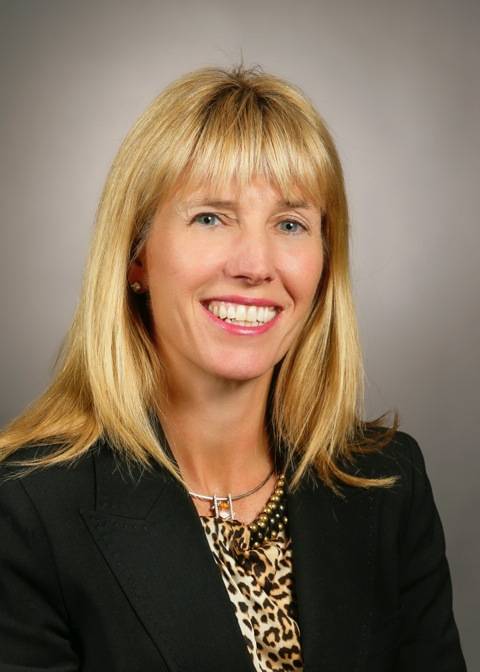 Ms. Riddell Rose has been a director of Paramount since 2000. Since 2002 she has been a director and President and since 2005 the CEO of Perpetual Energy Inc., a TSX listed energy producer, and its predecessor, Paramount Energy Trust. Ms. Riddell Rose has also been the President and Chief Executive Officer and a director of Rubellite Energy Inc., a TSX listed energy producer, since its formation in 2021. Prior thereto, Ms. Riddell Rose was a geological engineer and Corporate Operating Officer of Paramount and prior to that, a geological engineer with Shell Canada Limited.

Ms. Riddell Rose is also a director of Secure Energy Services Inc., a TSX listed company offering midstream infrastructure solutions and a member of the Board of Directors of Altalink LP, a regulated energy transmission company.